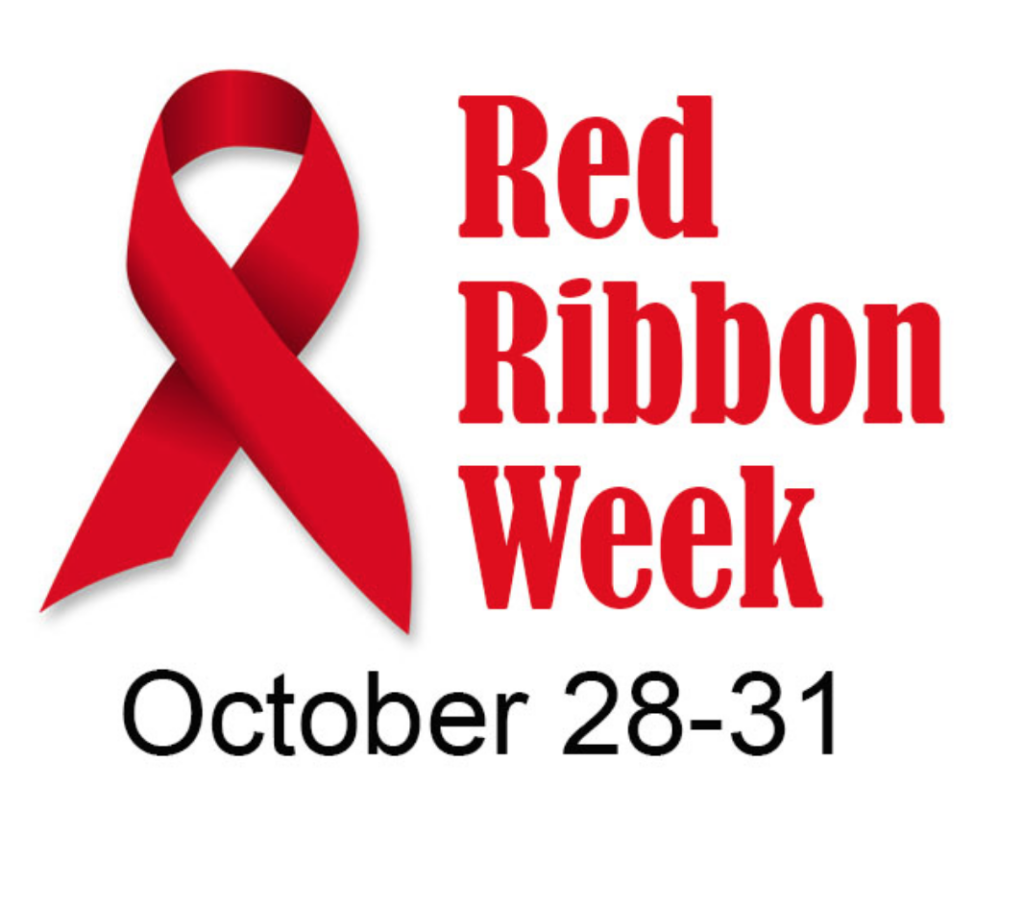 The theme is a call to action to speak out in support of healthy choices. The theme is also a reminder that by staying drug free, you are sending a message to yourself and others about how much you value yourself, your overall health, your community and your future. As the nation’s largest and oldest drug prevention campaign, Red Ribbon Week® reaches over 80 million people each year throughout the United States.

Red Ribbon Week was started after the death of Drug Enforcement Administration (DEA) Special Agent Enrique “Kiki” Camarena, who in 1985 was brutally tortured and murdered by drug traffickers he was investigating in Mexico. As a tribute to SA Camarena, high school friend, Henry Lozano and Congressman Duncan Hunter, created “Camarena Clubs” and the wearing of a red ribbon to show their oppositions to drugs.

In 1988, the National Family Partnership coordinated the first National Red Ribbon Week with President and Mrs. Reagan serving as honorary Chairpersons. Since then, the Red Ribbon campaign has taken on national significance, and NFP continues to coordinate the campaign for families, schools and communities across the nation each year. Wearing red ribbons during the month of October continues to represent our pledge to live drug free and honors the sacrifice of all who have lost their lives in the fight against drugs.

Celebrate Red Ribbon Week in your community or your child’s school, and raise awareness of living a drug free life. Take the opportunity to talk to your kids about drugs.